Long Beach is full of historic areas, including one of the most picturesque---Carroll Park. 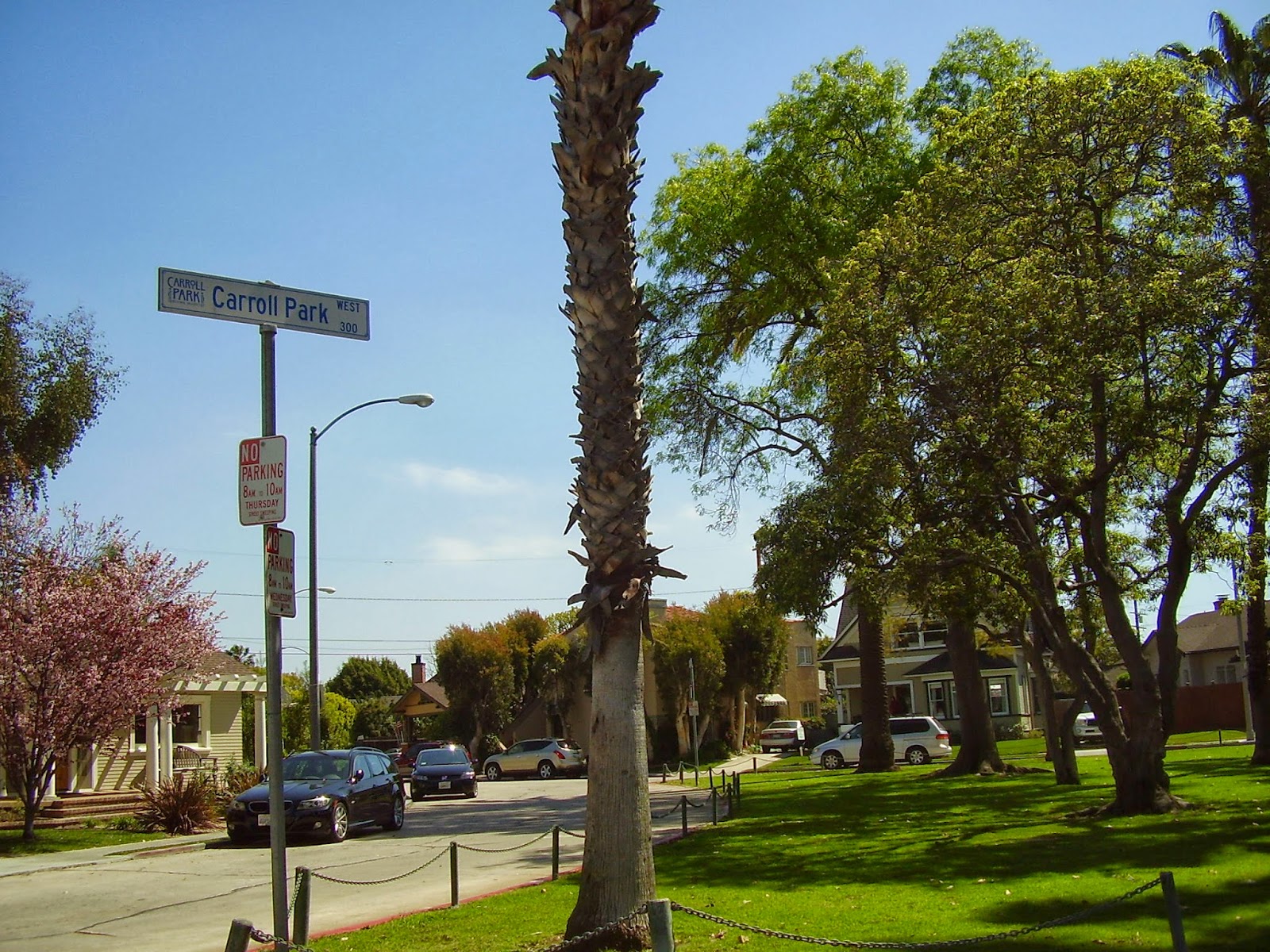 Carroll Park, like most of the other real estate developments in early Alamitos Townsite, got its start in 1902.  The announcement of the coming of the Pacific Electric railway into Long Beach set off a tremendous real estate boom along the proposed rail lines. Along these routes various housing tracts sprang up on former farm land.  Wherever the PE cars led, subdividers, development, and growth soon followed.  Just as the railroads had brought excursion trains into Southern California during the earlier boom years of the 1880s, so now the Pacific Electric ran special excursions to beach towns along its route, including Long Beach.  A beach boom of real estate speculation resulted. Contracts flew from hand to hand so fast that no one knew where the chain of title ran.  Many of Long Beach’s early residents made money in subdividing their original land purchases, tract names such as Johnson, Kenyon, and Tutts reflect names of those who were wise enough to have bought early and sold later at a substantial profit. Not so lucky, however, was John Carroll.

Upon returning from India in 1902, John Carroll decided to cash in on the real estate frenzy and subdivide his 30 acres of property at the corner of 4th and Junipero.  There has been much discussion as to why he laid out the subdivision with a circular pattern of streets.   Roberta Nichols in Los Fierros magazine (September 1976) said it was to discourage farmers who ruined streets with heavy wagons.  A more romantic version of the story is that Madam Tingley, the controversial head of the Point Loma metaphysical colony, a friend of John and Jane Carroll, told the couple she saw “favorable” signs in laying out streets in unbroken circles.  In any case the winding streets gave the tract a park like setting.
First, Carroll hired Hervey Shaw, who later became City Engineer, to lay out the subdivision.  Shaw, who had farmed the Carroll Park area since 1897, laid out the center of the tract in an ellipse entirely surrounded by a driveway.  These driveways swung out to surrounding streets in such a way as to preserve the curves and at the same time divide the outside sections.
On Monday, January 19, 1903, the Carroll Park tract was placed on the market.  There were fifteen lots, each 50 x 200 feet, with cement curbs and sidewalks, and graded streets.  Lots were priced between $300- $1100.  In order to protect the property from cheap buildings, Carroll placed a $1500 (about $41,000 in today's money) building restriction on each lot.  Carroll Park was advertised as having every convenience: pure water under pressure, electric lights, gas, telephones, and a streetcar line within one block.
Carroll reserved the corner of 4th & Junipero for his own home, an imposing three-story New England style structure built under the direction of H.W. Green.  Verandas extended around three sides of the first two floors and a widow's walk around the smaller third story that held the ballroom.  From the walk the Carroll family could see the ocean and a few houses set among farms, orchards, and eucalyptus groves. Today, a church and parking lot occupy the site.  Still intact, however, is the maze of streets, but the names have changed.  Gone is Huerta, Spanish for orchard, named because there was an olive orchard on his house site; Hechezur has also been replaced, it means enchanted or bewitched, an apt description of his tract. Carrollton was named for the developer himself and swung up to the wide veranda of his home. Another wasTingling, named for Madame Katherine Tingley, leader and head of the Universal Brotherhood and Theosophical Society at Point Loma. 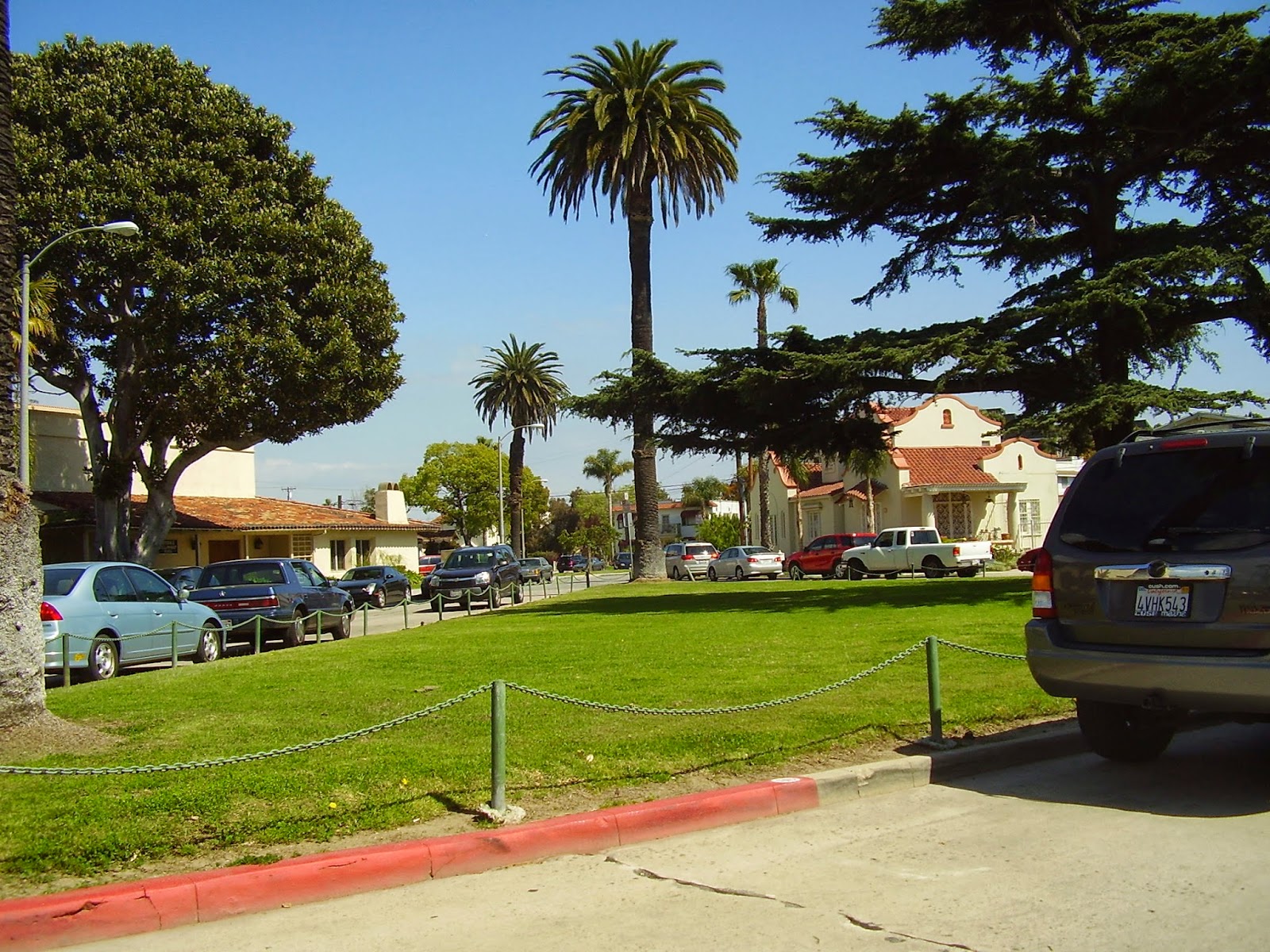 Pehaps the most notable resident of Carroll Park was Lily Fremont, daughter of General John C. Fremont and Jessie Benton Fremont, who purchased lot 12 at 338 Junipero in 1905. There she built her house, which still stands, before moving in 1908.  Her ties to Long Beach went back to 1851 when her father offered Abel Sterns $300,000 for the Rancho Los Alamitos.  The deal didn’t go through; if it had she would have been a wealthy woman owning half of Long Beach instead of a 50 x 200 foot section. 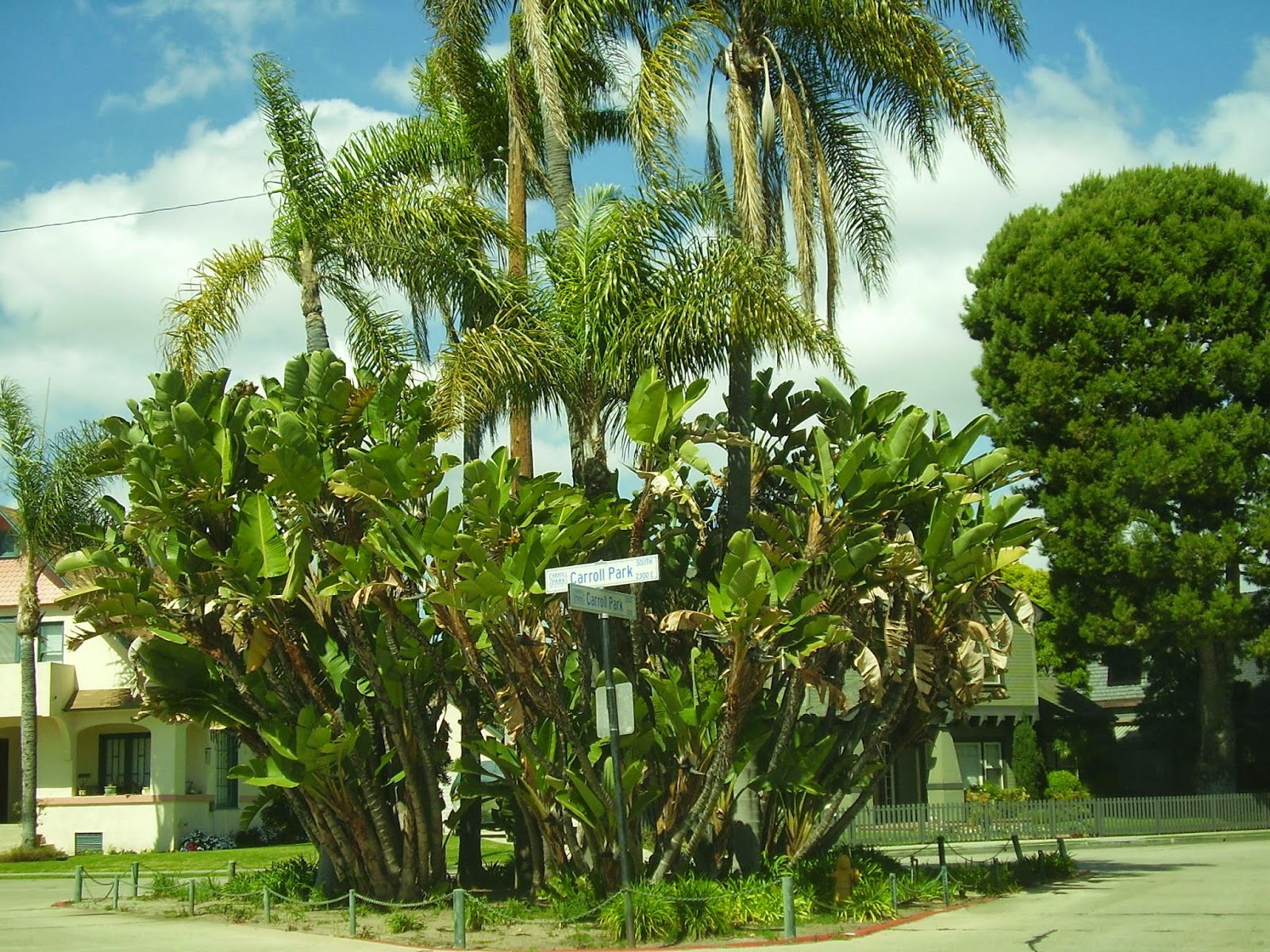 Carroll was 48-years-old when he moved to Long Beach for his daughter's health.  A native of Ireland, he entered the United States in 1894 and soon left for Singapore where he managed one of the largest tin smelting plants in the world.  In Long Beach he became vice president of the First National Bank and served on several boards.  In 1907, whether for business reasons or his daughter's health, the Carrolls were living in Victorville.  Bad luck and debts followed.  He was forced to deed certain properties to the First National Bank; his house was sold, and on July 6, 1909, he deeded the small planted section of the Park to the city for $130 in back taxes.  During the Depression of the 1930s he died at the Riverside County Hospital at the age of 83.  According to Nichols, his wife, Elizabeth Jane, died six months later; she had been reduced to receiving welfare and the State asked permission to sell her personal effects to defray funeral expenses.  Regardless of whatever happened to the Carrolls in later years, Carroll Park still stands as a tribute to their vision.

For more on the history of this area click  Alamitos Subdivisions
Posted by Claudine Burnett at 4:11 PM